Due to the City of Vancouver’s closure of pool facilities for the time being, we regret to have to inform you that there will be no NIFTY pool events until further notice. Please check back to the NIFTY website to see updates on the next scheduled NIFTY pool events. We plan to have pool events …

END_OF_DOCUMENT_TOKEN_TO_BE_REPLACED

Permanent link to this article: http://niftynude.org/special-park-board-meeting/

For too long social nudity has been a taboo. This is bad! If you agree, kindly sign the petition! Please click on the link below: Petition to make social nudity mainstream Or you can copy and paste the following link directly into your browser: https://www.thepetitionsite.com/532/669/729/make-social-nudity-mainstream/

Permanent link to this article: http://niftynude.org/petition-to-make-social-nudity-mainstream/

Many world-class cities accommodate clothing optional beach and park spaces for nude enjoyment. Natural freedom and liberation from body-shaming are just two of the benefits. Third Beach in Vancouver’s huge Stanley Park is the ideal spot. If you agree, kindly sign the petition! Please click on the link below: Petition to make Third Beach nude …

END_OF_DOCUMENT_TOKEN_TO_BE_REPLACED

Permanent link to this article: http://niftynude.org/make-third-beach-in-vancouvers-stanley-park-clothing-optional/

Shy Therapy at a Nude Beach – Vancouver Play UPDATE: due to administrative changes, this is now an independent production and tickets are available ONLY at the door. 15$   Feeling shy? Okay, maybe just a little. But you know you don’t need therapy. Or do you? Ah, but maybe you’ll discover that just attending this …

END_OF_DOCUMENT_TOKEN_TO_BE_REPLACED

Permanent link to this article: http://niftynude.org/shy-therapy-at-a-nude-beach-fringe-festival-play/

Established by BC Supreme Court, 2000 June 8 (Citation: Maple Ridge v. Meyer, 2000 BCSC 902) “We had a legal opinion and its very clear she is correct. It is not a crime.” – Terry La Liberte, Vancouver Police Board “Deputy [Vancouver Police] Chief Doug LePard said he would notify the training session of the …

END_OF_DOCUMENT_TOKEN_TO_BE_REPLACED

Permanent link to this article: http://niftynude.org/topfree-is-legal-in-b-c-for-both-sexes/

Tips for organising clothes-optional swims By Greg DePaco, NIFTY secretary If the NIFTY swims are too infrequent for you – or if you live too far away from Templeton Pool to participate as often as you’d like – you may have thought about starting a clothing-optional swim of your own at a local pool. We …

END_OF_DOCUMENT_TOKEN_TO_BE_REPLACED

Permanent link to this article: http://niftynude.org/tips-for-organising-clothes-optional-swims/

NIFTY SWIM NIGHTS ——— NIFTY Swim Nights Templeton Pool 700 Templeton drive Vancouver NIFTY events are clothing optional, but here’s a great chance to have a sauna in the traditional manner – NUDE! This is a family event and just like at Wreck Beach, normal, respectful behavior is expected at all times. So please bring …

END_OF_DOCUMENT_TOKEN_TO_BE_REPLACED

Permanent link to this article: http://niftynude.org/swim-schedule-changes-in-2014-2/ 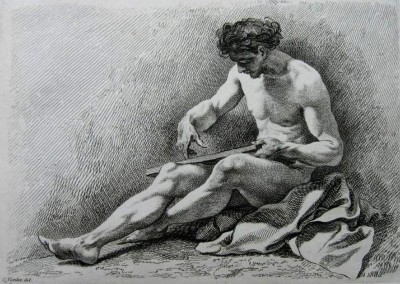 NIFTY LIBRARY ———  NIFTY maintains the library – a collection of over 600 magazines, books and videos related to the fight for clothing-optional rights. To borrow a library item, NIFTY members can make a verbal request at NIFTY swims or send an email to: There is a $15 deposit and the item must be returned at the next NIFTY swim. …

END_OF_DOCUMENT_TOKEN_TO_BE_REPLACED

Permanent link to this article: http://niftynude.org/nifty-library/